Back in October 2016 I caught a lucky break…a rooftop tour on a beautifully sunny day. It’s not cookery related (vaguely kitchen related stuff after the pictures), but we could all do with a lift and some images of a better time…click the images for larger versions. 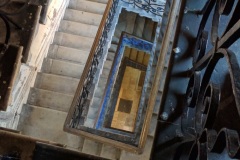 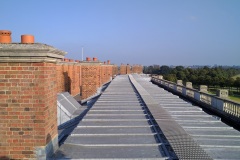 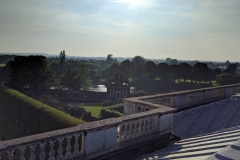 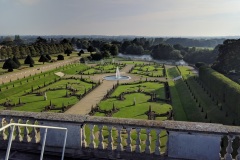 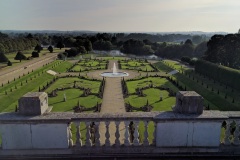 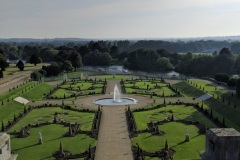 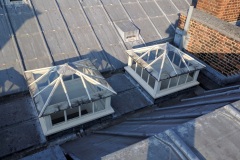 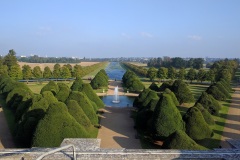 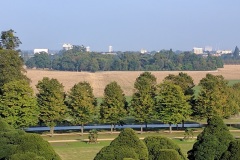 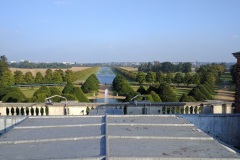 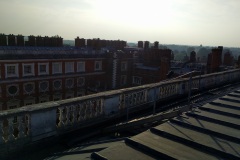 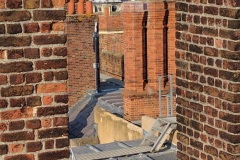 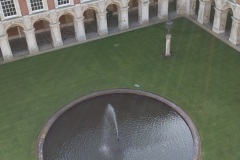 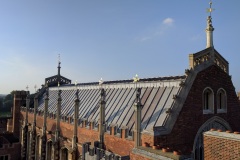 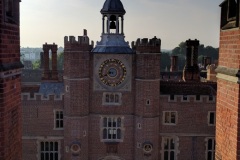 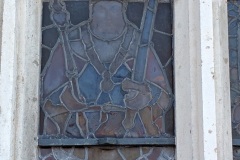 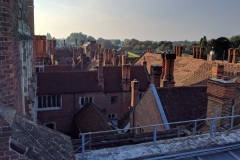 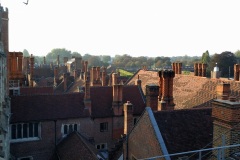 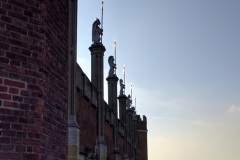 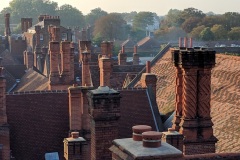 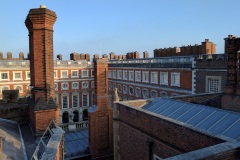 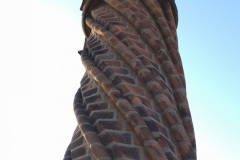 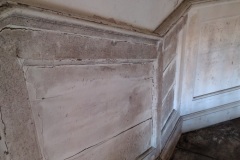 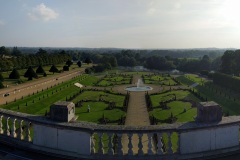 When you stand there and look at this view it really gives a sense of scale to the Palace as the front seems so far away from you (this is taken from the eastern end of the Great Hall)…it looks like its own Tudor townscape, so different from the feeling you get when you’re walking around at ground level.

Looking at the Kitchen roof on the right (with the zig zag pattern in the tiles), you can see the 3 sets of chimney stacks that sit on top of the 3 fireplaces on the north side of the Kitchen.

Well it looks like I’ve meandered back inside from the roof…might as well finish off with some shots of the Great Kitchen roof from underneath then!

One of the things we always encourage people to do when they come into the Kitchen is to look up…I mean it’s magnificent and they miss it. Ok, so it’s not quite the Great Hall or Chapel roof, but it’s not far off it in my opinion. Kids always say it looks like thousands of books on library shelves…just before they comment on all the spider webs they can see.

Seeing it from the ground is one thing, but you get a whole new appreciation for it from close up…the opportunity for which came during the last refresh of the Kitchen interpretation in early 2018

Of course, all those rafters and beams don’t look particularly Tudor because they aren’t, the original Tudor roof was supported on the corbels that stick out from the walls all down the length of the building.

you can still see two parts of the original roof structure if you look up…well, one part of Wolsey’s original kitchen at the east end of the building, and one part of Henry’s extension at the western end.

So that’s the ever so exciting roof dealt with, not sure where I’ll go with the next post…I’ll see how the mood takes me, I’m making this up as I go after all.

I used to blog!

Manage Cookie Consent
To provide the best experiences, we use technologies like cookies to store and/or access device information. Consenting to these technologies will allow us to process data such as browsing behaviour or unique IDs on this site. Not consenting or withdrawing consent, may adversely affect certain features and functions.
Manage options Manage services Manage vendors Read more about these purposes
View preferences
{title} {title} {title}